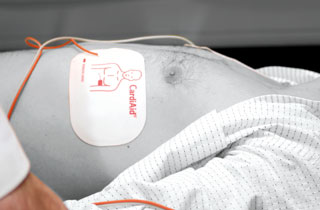 NSW has one of the lowest survival rates (10%) from sudden cardiac arrest, only 2% higher than the world average. If we lived in Seattle we’d have a 56% chance of survival. A fact which is not just dismal, it should have us all roiling in anger for action.

It’s ludicrous that state and national health campaigns have pushed safe driving initiatives and managed to reduce road fatalities significantly, but the same support is not given to sudden cardiac arrest where deaths are 10 times more likely than from road accidents. We are also 600 times more likely to die from a cardiac arrest than from a fire and yet fire extinguishers and fire alarms are mandated and installed everywhere.

The first step in turning these figures around is for automated external defibrillators (AEDs) to become common place in our community.

Tokyo has 40,000 AEDs installed around the city with 350,000 across Japan. And some local governments are financing and installing AEDs in convenience stores with 90% roll-out in some prefectures. 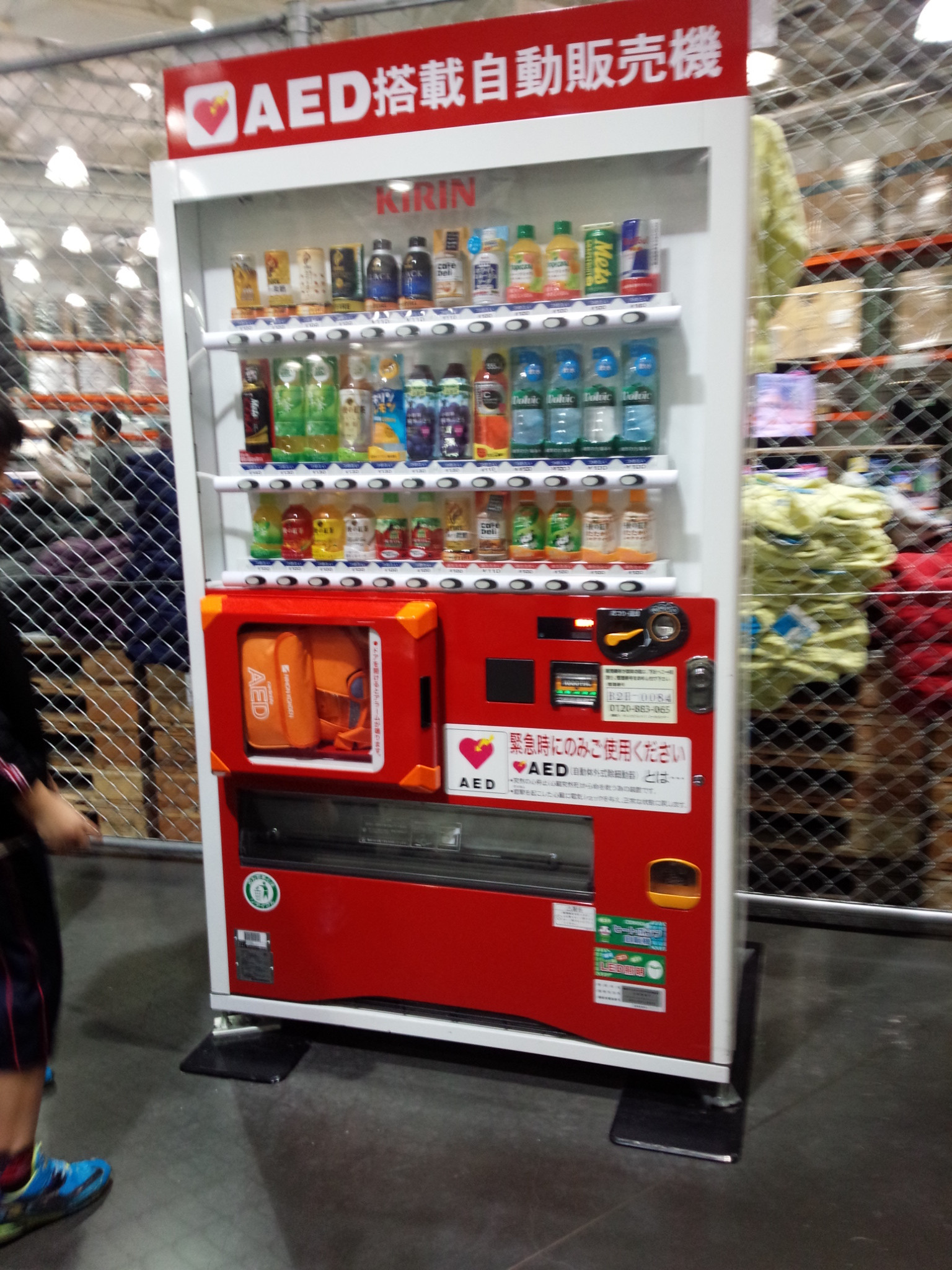 AEDs are located in some vending machines in Japan

Despite the growing abundance of AEDs in this country, Japan’s survival rates are as low as NSW. And this comes down to people being scared to use them. Dr. Kensuke Igarashi developed a smartphone app to connect people who know how to provide CPR  with those in emergency situations of help. 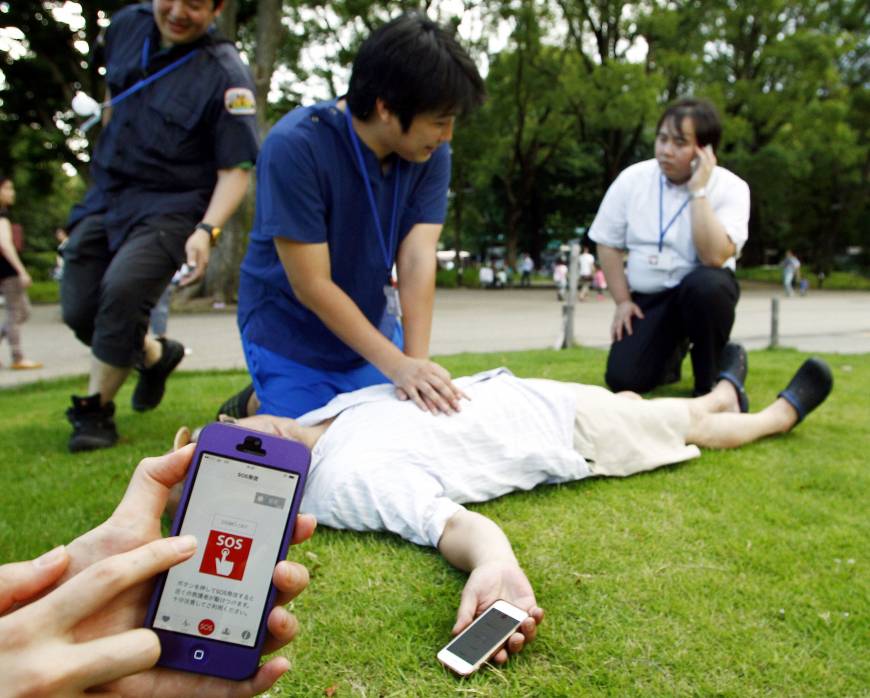 SOS smart phone app alerts those nearby with CPR skills

All of this leads to the second critical point that:

The community needs better education about providing resuscitation skills and that AEDs are nothing to be afraid of.

There is a real fear amongst individuals and organisations for being accountable for somebody’s death if they install and/or use an AED unsuccessfully. However, the fear is misguided. Someone will certainly die from cardiac arrest if they are not treated in 10 minutes, whereas they have a good chance of survival with defibrillation administered. To date there are no known cases of someone being held liable for using an AED in Australia.  Most states have “Good Samaritan” legislation protecting the untrained rescuer from lawsuits when acting in good faith.

Finally, the third crucial step to improving our rates of survival in NSW is:

To be a part of the National St John’s AED registry.

If you buy an AED be sure to register on the official site called Register my AED. Having a national registry is the reason Seattle and the the Netherlands have much higher rates of survival than us. The registry allows 000 operators to notify a caller where the nearest AED is, potentially saving someone’s life in minutes.

Weekdays: 9am to 5pm

For after-hours emergencies with your equipment please call 1300 726 666 and leave a message. We will call you back as soon as possible.
Copyright © Medi-Rent
Back to Top